The history of Langley Mead

Old maps dating back as far as the Earl of Fingal’s Estate Map of 1756 show the Landscape of Langley Mead as being typical of an "ancient" landscape; anciently enclosed fields, old sinuous hedgerows, wildflower-rich meadows, pasture and common land. The site even once supported an ancient coppiced woodland known at the time as "Costrill’s Coppice", that would have been an important part of the local economy. This landscape would have been "traditionally" managed in a low-intensity way, and would have been very much more biodiverse. 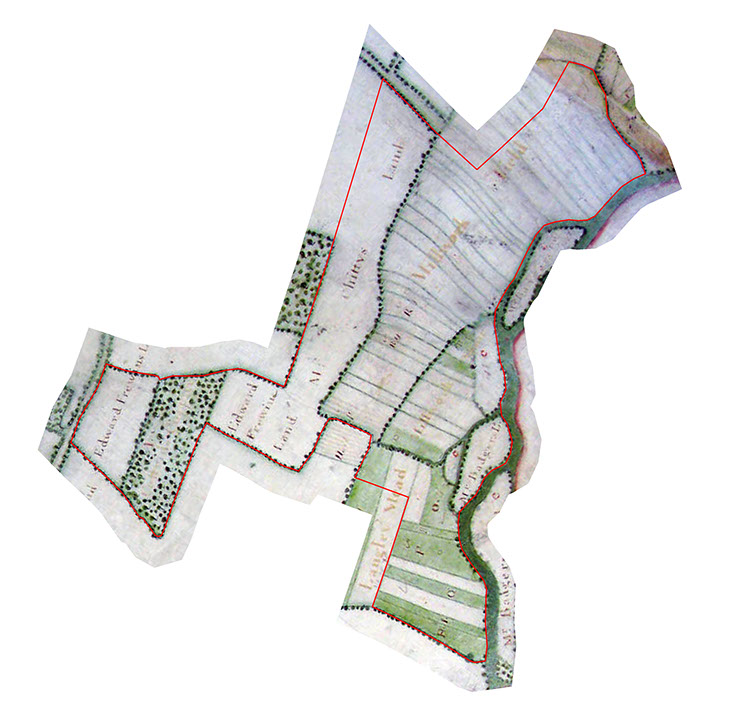 Extract from the Earl of Fingal’s 1756 Estate Map, showing the area of Langley Mead. Costrill’s Coppice is still present, and the medieval pattern of farming on the Loddon floodplain has not yet been removed.  The extract is reproduced by permission of The Berkshire Record Office, Reading.

From the Second World War, farmers had to make major changes to the way they farmed the land, in order to produce larger quantities of food more cheaply, to keep the country fed. This intensification of agriculture had a major effect on the countryside across the whole country.

In 1984, the Joint Nature Conservation Committee reported that 97% of all of the semi-natural grassland (which includes wildflower-rich meadows) in lowland England and Wales had been destroyed over the previous 50 years, with losses continuing at 2-10% of the remaining resource each year. At that point, they estimated that there was less than 1,500 hectares of species-rich floodplain meadow remaining in the UK.

Langley Mead reflects this National pattern. The old meadows, which would probably once have been very wildflower-rich, have since either been ploughed up or biologically impoverished due to modern agricultural techniques, and Costrill’s Coppice was cut down and cleared at some point in the 20th century.

Despite its past losses, Langley Mead has been identified as having a special potential to be restored to its former wildlife-rich condition. Because of its location on the River Loddon floodplain, it has not been farmed quite as intensively as other areas, and still supports some species that are relicts of its past. Plants like Meadowsweet (a natural source of the chemicals used to make aspirin and antiseptic) and Yellow Flag Iris still inhabit some of the wet ditches, and a line of old Willows that show signs that they were once pollarded as part of their old management have survived in a field known as "Millworth Moor".

WHAT TO SEE AND DO

HOW TO GET THERE